If you like RWBY, hearing the original voice actors, learning RWBY lore not found in the show, seeing fantastic RWBY illustrations, running around a plaza as your favorite character with other fans, dressing characters up in their different outfits from the show, hacking and slashing your way through the Battle of Beacon with a totally original tutorial voiced by Pyrrha herself, then welcome to Amity Arena.

Brought to you by NHN and Rooster Teeth, RWBY: Amity Arena transforms your mobile device into a Scroll connected to the Cross Continental Transmit System, so you can play this RWBY game with friends all across the globe! Inspired by Remnant: The Board Game, RWBY: Amity Arena takes Remnant by storm as the first Scroll game of its kind. Influences from the Remnant’s favorite board game can be seen with the mixed cast of Grimm, Atlesian Technology, and an added twist of Huntsmen and Huntresses from across the world.

CHOOSE YOUR HUNTSMEN
Pick any Huntsmen or Huntress from Vale, Mistral, Atlas or Vacuo! Each with unique Dust-infused abilities, Semblances, and weapons. Pit your teams against your fellow Academy members in friendly matches before taking on opponents in real-time combat to climb the ranking ladders!

FIGHT IN THE ARENA
Compete against other academies and decks to climb to the top of the leaderboard! With your favorite units and characters, prove your prowess on a global stage. Mix and match Creatures of Grimm, famous Huntsmen, members of the White Fang, or Atlesian military to build a winning team!

EXPERIENCE THE WORLD OF REMNANT
From the frozen peaks of Mantle to the courtyard in front of Beacon Academy, battle your team against other players around the globe... around the globe! Unlock new Arenas and locations in Remnant, build a solid deck of characters, and craft brilliant strategies of your own!

CUSTOMIZE YOUR DECK
Collect dozens of cards of your favorite characters from the RWBY universe. Use their semblances and skills to fight against opponents, knocking out their units, and destroying their structures. Learn from friends and Academy mates the best tactics, strategies, skill timing, and high-level plays to win every match!


App Permissions
■ Access to Storage (WRITE_EXTERNAL_STORAGE / READ_EXTERNAL_STORAGE)
We use this permission to save additional download and update files to your external storage, when necessary.

■ Access to Calls (READ_PHONE_STATE)
We do not use this permission to make or access your calls!
This permission is necessary in order to receive your device's and call service provider information to assist you when a problem with the game is found and reported to our Customer Service through the app.

RWBY: Amity Arena is free to download and play, but some in-app currency and items can be purchased with real money. You must be at least 13 years of age to play or download RWBY: Amity Arena. Please check our Terms of Service and Privacy Policy for more details.
Hiển thị nhiều hơn 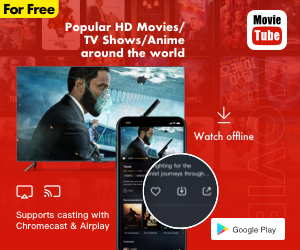 AFTER L!FE: The Sacred Kaleidoscope
2.0