Explore the mystical world of the Sanctuary with iconic Diablo heroes. 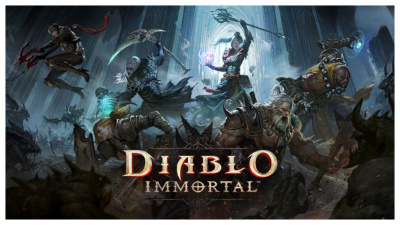 Diablo Immortal is finally coming to mobile on June 2, 2022. As another hit title from Blizzard, the game story is set after Diablo II: Lord of Destruction. Here in this article we will share our first impression of this game and give an overall review according to its character designs, mechanics and other game elements. Watch the trailer below. 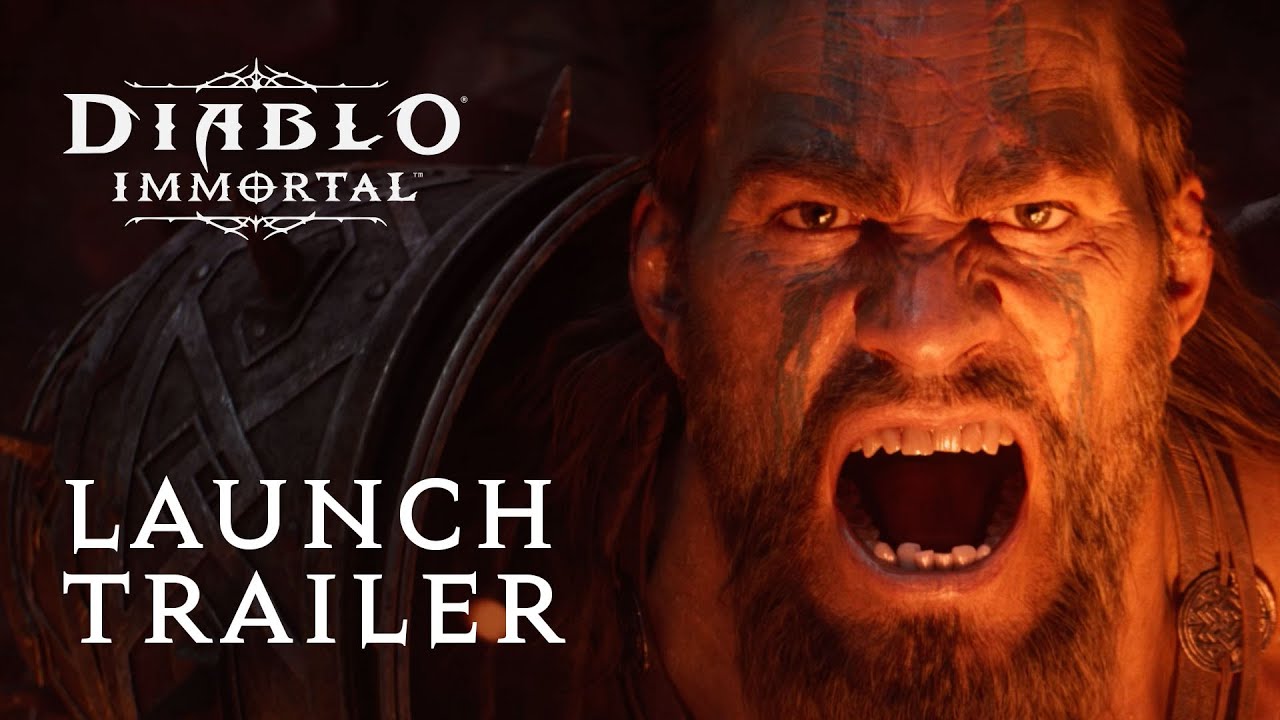 Play with the iconic Diablo characters

Players can choose their characters among six classes Barbarian, Crusader, Demon Hunter, Monk, Necromancer, and Wizard, each with their own unique play style and skills. And they can switch to another class later in the game while still keeping all the progress. 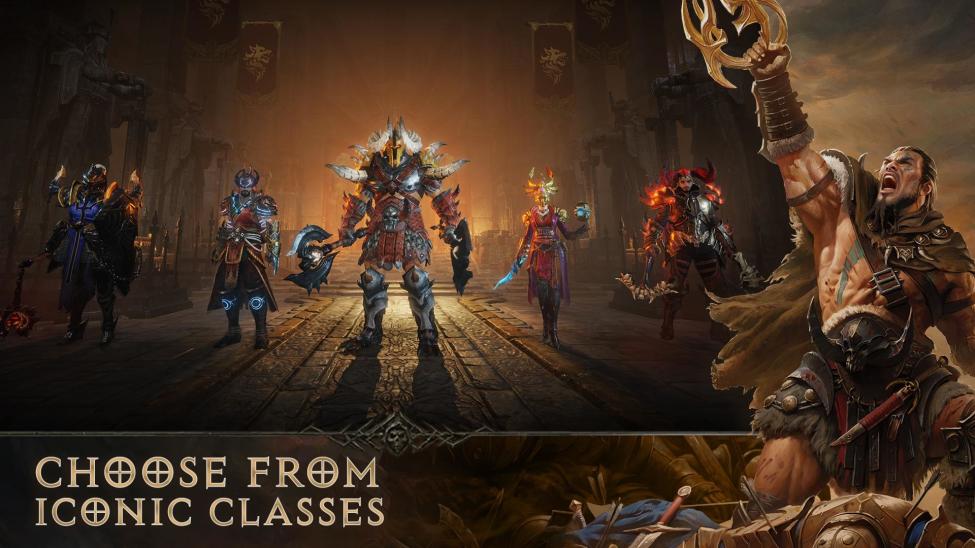 Not all models of characters and monsters in Diablo Immortal are as good as in the other Diablo series, but the art design of each scenery is great enough to make up for the lack of texture details.

Explore the darkness through various environment

In Diablo Immortal, each area is like a unique region, whether it's a spooky cemetery where you kill zombies to destroy tombstones, a scorching desert occupied by beasts, or a purgatory filled with lava, wandering spirits, and dead bones. 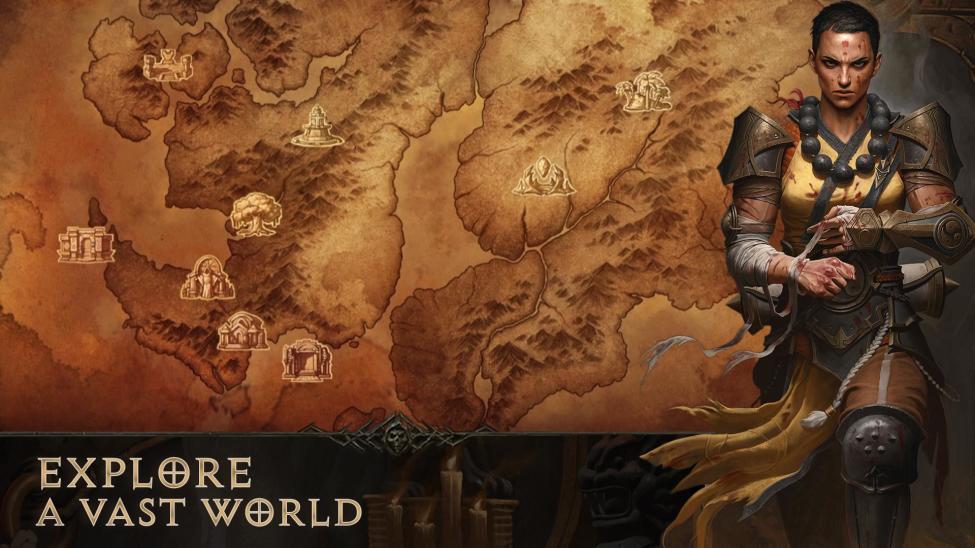 Players will break into the evil forests, walk through spooky caverns and bloody dungeons, and climb over beautiful mountains. Blizzard teams really put much effort into the artwork to make their hardcore players satisfied.

Get rewards through multiple game modes

There are a bunch of PvP and PvE game modes for players to earn experience and obtain rewards to level up, such as dungeons, raids, bounties and rifts. Most of the game modes can be completed in a few minutes and are easy to win, so it is very friendly for casual players. 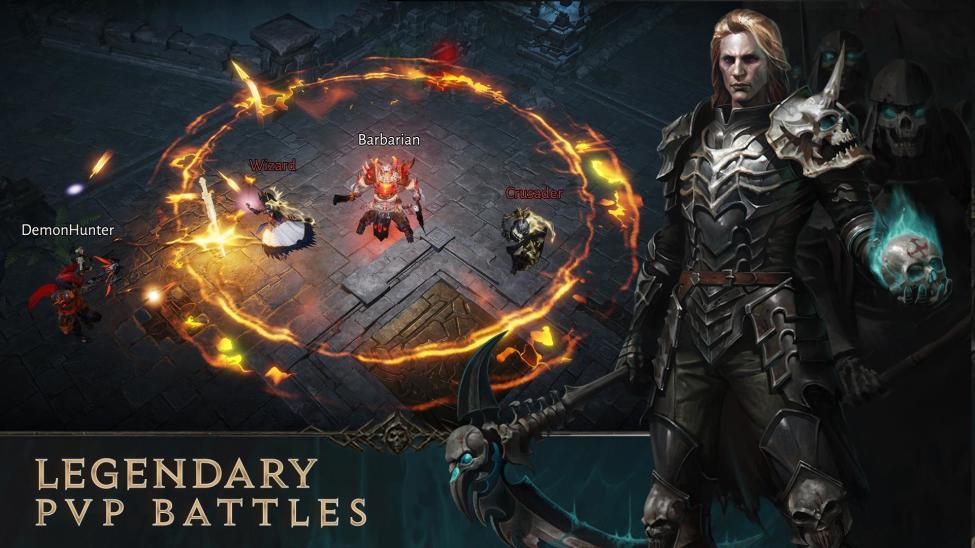 Players can grow quite quickly through the first 30+ levels with fast-paced PvP combats. But after that, it will get hard to progress to higher levels as you need to collect and unlock more gear and gems which requires a lot of grinding if you are not willing to pay with real money in store.

Diablo Immortal possesses the iconic characters and art style from the Blizzard with a top-notched design. The controls are also very intuitive and responsive on mobile as players can control the movement and aim pad separately. But the game mode and grinding mechanics need to be easier for players to level up, especially through high levels. It's not a surprise that some gear and gems are hard to obtain through gameplay without paying real money in the store, but the price is too expensive. Hope the game developers will lower the price bundle in the store, otherwise, I'm afraid many players will stop in the midway and give up.